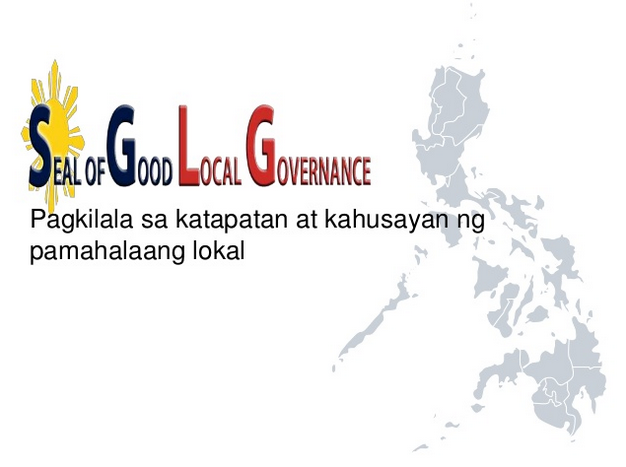 In preparation for the data gathering, validation and certification phase of the 2017 implementation of the Seal of Good Local Governance (SGLG), the Department of the Interior and Local Government Pangasinan (DILG Pangasinan) will conduct a Provincial Orientation tomorrow (May 9) at the Dagupan Village Hotel, Dagupan City.

The activity will be attended by City / Municipal Local Government Operations Officers (C/MLGOOs) and shall be facilitated by Provincial Focal Persons and members of the Regional Assessment Teams (RATs) assigned in Pangasinan.

The Province of Pangasinan produced the most number of SGLG passers in Region 1 last year with 18 LGU- awardees including the Provincial Government.

The four cities, 44 municipalities and the Provincial Government of Pangasinan will be assessed this year using the scaled- up overall assessment criteria of “4+1”.

From being one of the essential areas last year, peace and order was added this year to the core areas comprising of Financial Administration, Disaster Preparedness and Social Protection; while Tourism, Culture and the Arts, Business Friendliness and Environmental Management are this year’s essential areas.

An LGU has to pass four core areas and one essential area to qualify for the Seal. Incentives in the form of SGLG marker and Performance Challenge Fund await 2017 awardees of the Seal. A special distinction shall also be given to LGUs which consistently passed all assessment areas for the three periods (2015, 2016 and 2017).

The data gathering, validation and certification phases of the 2017 SGLG will run from May 15- June 16, 2017. The conferment of the Seal will be on October in line with the Local Government Code Anniversary Celebration.