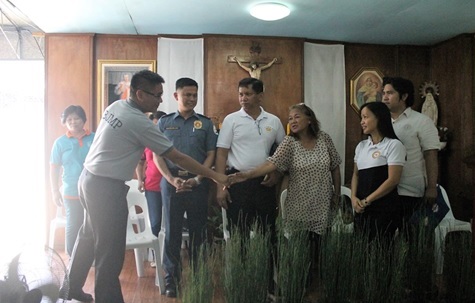 In response to the concern of Gov. Imee R. Marcos at the Regional Peace and Order Council (RPOC) 1st Quarter 2017 meeting regarding the dilemma of LGUs on how to rehabilitate the drug surrenderers, the Department of Interior and Local Government Regional Office 1 (DILG RO1) conducted an Orientation Workshop on Community Based Rehabilitation Program (CBRP) for the Provincial Core Groups on May 2-4, 2017.

Their aim was to observe their best practices on the rehabilitation of inmates. The Bureau of Jail Management and Penology (BJMP) exercises a therapeutic approach aimed towards the preparation of inmates in their reintegration to the community.

The group was able to recognize the effectiveness of therapeutic community as manifested by the observed positive behaviour of the inmates during one of their activities.

CBRP is a holistic approach in rehabilitating the surrendered drug personalities with the focus on the healing of the body and soul.